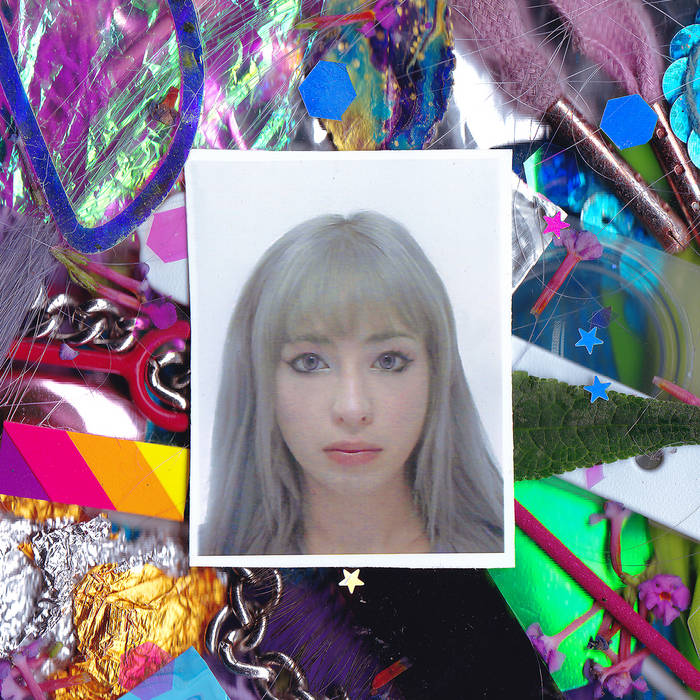 Wyatt White An interesting direction for KKB to take from their bubbly no-fear synth pop pre-2017, but this album shows no doubts of that shift failing. Sarah's vocals fit just as well, if not more fitting to the noise-rock and grungy texture based songs now. This is less of a major departure from their sound, but more of a maturation, in the vocals and the production, as Gus and Jamie really lay out some interesting tracks. Favorite track: Only Acting.

jackthegripper no regrets. i love u guys and especially this album

The sophomore full-length from Kero Kero Bonito, Time ‘n’ Place is an album ineffably shaped by the subconscious. Lead singer and chief lyricist Sarah Bonito (who was raised in the suburbs on the Japanese island Hokkaido) found herself rattled in recent years by recurring images in her dreams: a water park from when she was little, a hallway in her primary school. After those dreams started, she also received an unexpected photo from her brother: a picture of a plot of bare land that once held her childhood home, the house now demolished. (“I felt like I’d lost something, even though I didn’t know I needed it,” she says.) And in another heartbreak for Sarah, 2017 saw the death of her beloved childhood pet, a boy budgie named Nana whom she received soon after moving to the UK at age 13.

At the same time, Sarah’s fellow KKB members experienced some life-changing upheaval, including the loss of several close family members. So when the London trio began writing again, they felt compelled to diverge from the carefree sensibilities of their early work (a form of kitsch electro-pop that jumbled up lo-fi dance music with bilingual lyrics, British TV references, and stories about animals). Resuming a very teenage and visceral approach to making music, KKB effectively morphed into a band, with Sarah on vocals, Jamie on bass, Gus on drums, and their friend James Rowland on guitar. Their debut for Polyvinyl, Time ‘n’ Place is a document of that band finding its voice, a coming-of-age story told in warped guitar solos, shining melodies, unnervingly tender lyrics about yogurt and seafoam and feral parakeets.

Though much of Time ‘n’ Place was self-produced in Gus’s bedroom in the London suburb of Bromley, it was also partly recorded by Jimmy Robertson (Arctic Monkeys, Fuck Buttons) and Stereolab drummer Andy Ramsay (King Krule, Wire) at Ramsay’s Press Play Studio in South London. Along with Rowland, the album features contributions from noise/electronic musician Jennifer Walton, a string arrangement by composer Calum Bowen (aka bo en), and a three-part choir made up of Cecile Believe, Oscar Scheller, and Crying’s z (aka Elaiza Santos). Built on the same volatile energy that’s made KKB’s live shows famously mosh-heavy, Time ‘n’ Place collages those elements together in a sound that’s both chaotic as punk and symphonic as ’60s pop.

For KKB the urgency of Time ‘n’ Place was imperative—they needed to process their pain and confusion in frantic, kinetic movements, and bashing away on drums and guitars felt more fitting than assembling songs on a laptop. It’s also much more true to their upbringing as musicians, back when Gus and Jamie were growing up in the South London suburbs and played in garage bands together all during their school days. With the added vision and otherworldly voice of Sarah—who spent her adolescence in the UK town of Kenilworth, and met Gus and Jamie on a web forum five years ago—the classically dissident music of their indie-rock forebears takes on weirder and more wonderful textures and colors, giving way to something dreamy and transcendent but not without its nightmare moments.

While loss of innocence is an overriding theme on Time ‘n’ Place, the album is weighted with existential reflections of all kinds. “Make Believe” is partly about lucid dreaming, but it’s also about self-inflicted anxiety, and the danger in slipping into fantasy as a way to escape fear. “Time Today” is about waking up early and feeling determined to make the most of the day, and the sad/sweet naïveté of that optimism in the face of self-sabotage. “Only Acting” follows a social-media-age identity crisis, the song itself coming unhinged as its narrator spins out of control. And on “Dear Future Self,” KKB examine their worries about the state of the world, bending time by including a line about global warming in a song styled toward Brill Building pop.

Elsewhere on Time ‘n’ Place, KKB look into multiverse theory (on “If I’d Known,” a Randy Newman-inspired song featuring a verse rapped by Jamie) and the shift in perspective that comes with getting older (on “Swimming,” a bittersweet tribute to singer-songwriter Yumi Matsutoya). Recorded with a gang of their dearest friends, all singing together in a ragtag chorus, “Sometimes” is a tear-jerkingly hopeful song about pushing through depression. An album concerned with the sanctity of physical space in an increasingly virtual world, Time ‘n’ Place also speaks to the thrill of going outside (on “Outside”), the tranquility of the town dump (on “Dump”), and the surreal stillness of a deserted rest stop (on “Rest Stop,” a track that finishes the album in a beautifully glitched-out non-ending).

Within the cartography of Time ‘n’ Place, the most important space is the suburbs, an aspect of their shared past that KKB find infinitely formative. As kids, each member quickly learned the need to invent their own wildness and excitement, embracing misfit status in a place where any form of self-expression could be seen as aberrant. That iconoclastic spirit has carried over to KKB’s current role in the musical landscape, with Time ‘n’ Place partly conceived as a reaction against the sterility of playlist culture. It’s a sublimely untidy album, anarchic but balletic in grace, music born from willful imagination and a sense of purpose best captured in the band’s own words: “More than ever music needs to be set free, because it can be anything, so we just decided to do whatever the fuck we wanted.”

Bandcamp Daily  your guide to the world of Bandcamp

Featuring appearances from Kari Faux, Bluestaeb and and interview with NY-bred artist Wiki